And here’s what happened…

CES is the Consumer Electronics Show, and as the name implies, it’s the annual trade shows where the major players in the electronic industry show off their new wares.

The show is a big deal as retailers, media and consumers attend.

And a lot of the companies drag out celebs to gain attention.

Michael gets up on stage, and his teleprompter dies!

Watch this video below…

Why did this happen?

The short answer is: Fight or Flight.

Our most primal instincts are to find safety, and although not logical many times, our mind acts like our life is in danger.

And, as you’ll see in just a second, if you follow our model, you’ll be doing less fight-or-flight up on stage…

When a bear is chasing you, your breath gets short, many hormones are released, and you get a fight or flight reaction. 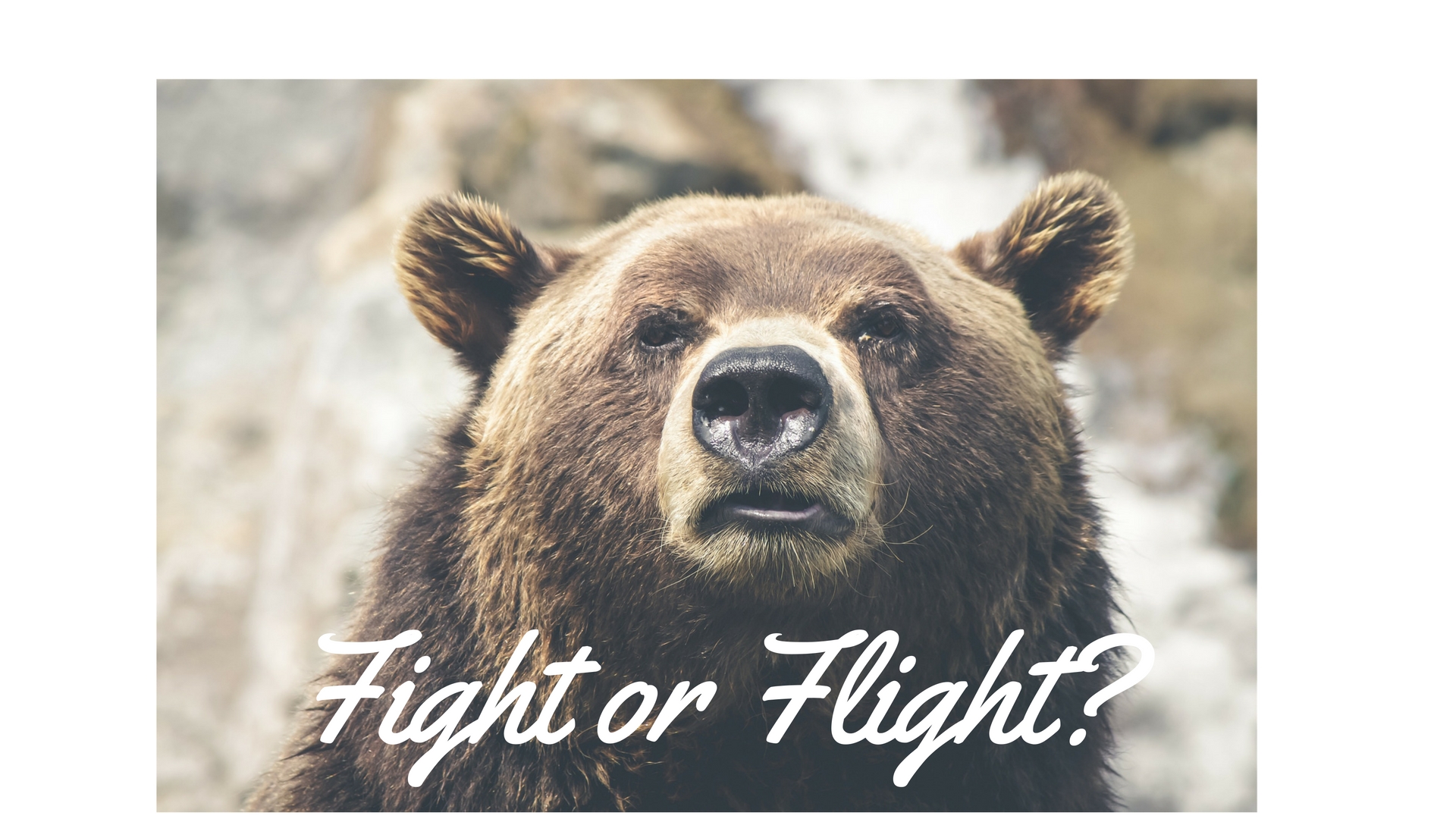 Think about how often you have had these same reactions in your life when a bear is not chasing you.

It could be a client who wants to cancel everything, a spouse who you are in a fight with, or a presentation that misplaces your script…and the list goes on and on.

In all of these cases, you’re in a fight or flight “lack and attack” mode.

Harvard concluded in a recent study that most business decisions are made in a fight or flight scenario.

This does not allow for “calm competence”.

It certainly didn’t for Michael.

When you’re in your fight or flight mode, you’re not thinking clearly.

It’s called the “Circle of Knowledge” and you can watch me model this Presentation Wow Factor here:

But, why does the Circle of Knowledge work so well?

It’s because of one simple word…

That’s because being curious and being in a fight or flight mode are nearly impossible to happen simultaneously.

When you incorporate the Circle of Knowledge in your presentation, it allows you to “get off stage” just when the nerves rise to that “unBEARable level”.

When you come back on stage, you get to be CURIOUS.

You get to listen to your audience for a change.

They get to talk… 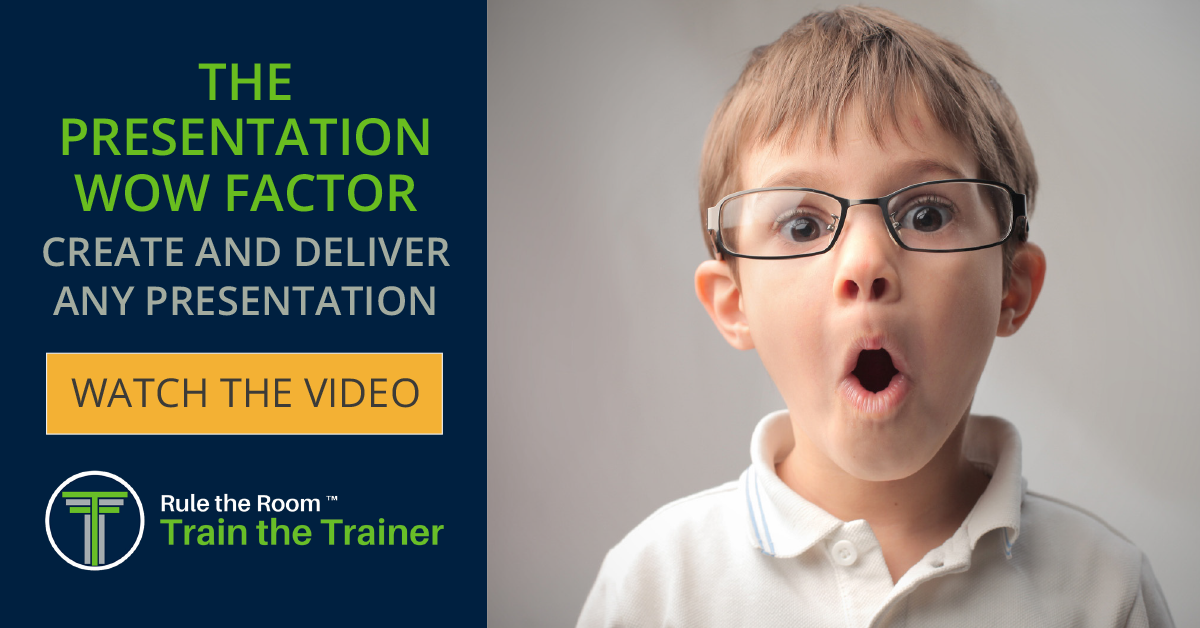 Your “fight or flight” is gone.

There’s a scientific reason for this. It’s based on the idea of the three-part brain, a theory I talk about in my book: Rule the Room. 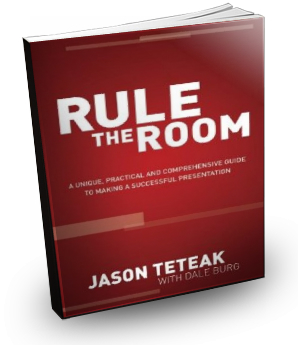 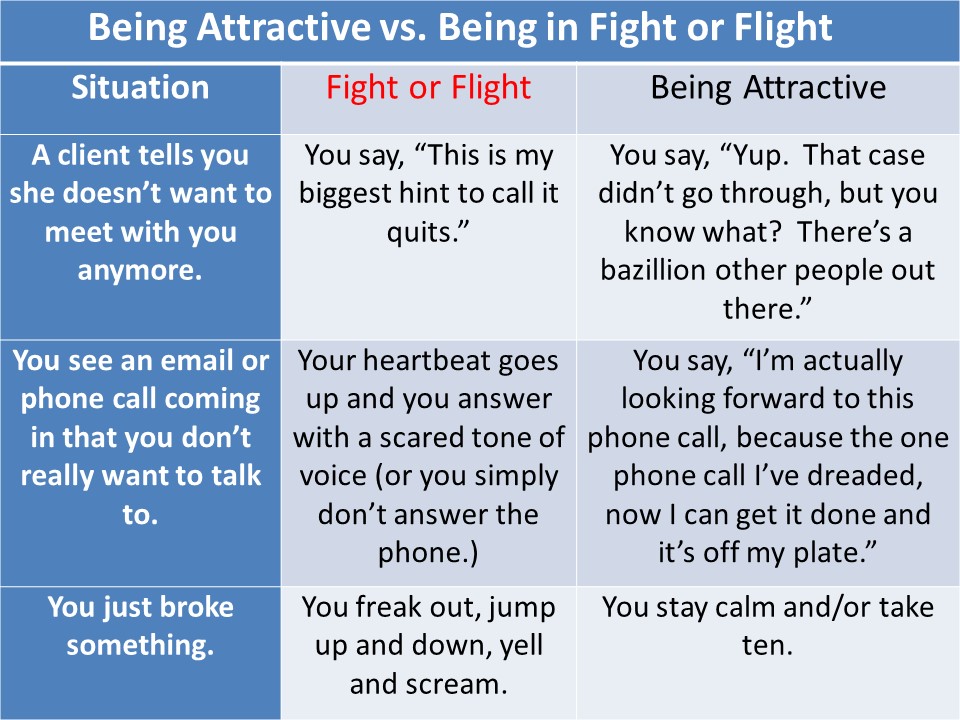 If you ever have what happened to Michael Bay happen to you, there are three ways to handle it:

The first step is to tell yourself…

For a brief second, on stage, create a space where it says, “I’m enough.”

It means the opposite of “lack and attack”.

The reality is that you are enough.

You drop your mother’s fine china…

Your client decides to leave you…

Your teleprompter dies in the middle of a presentation…

Michael had the words.  He just couldn’t get past the scenario that went down…

….more on that in just a second…

If you’ve been shamed your whole life into believing you’re not enough, and you’re having trouble believing this about yourself, this is one simply remedy…

After ten minutes, go back to your previous thinking if you want.

But keep doing this every day.

If you’re still having trouble with this, ask yourself one more question, “What’s the worst that can happen?”

You’re living in van down by the river? 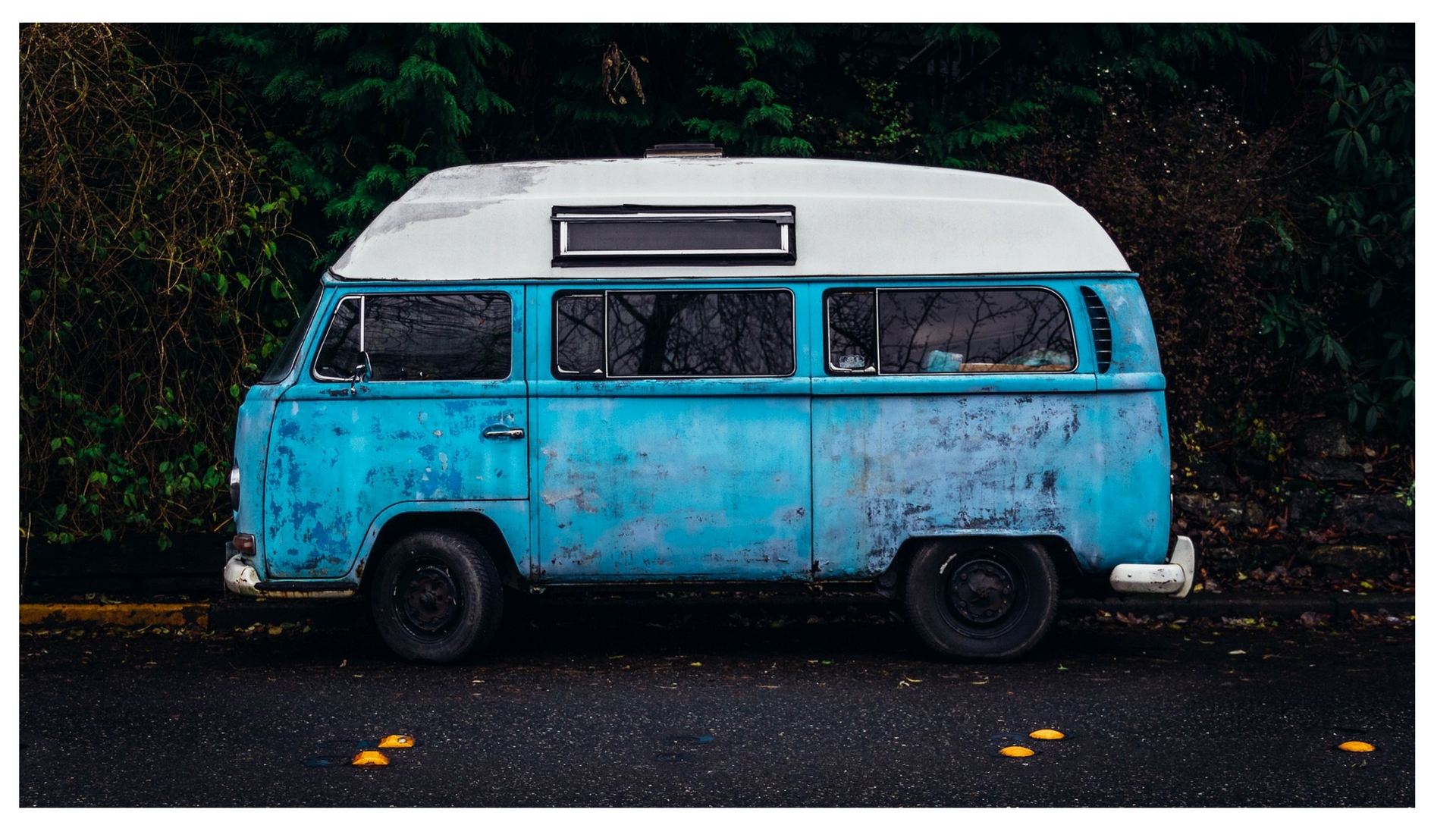 Every time you have another “worst thing that could happen” and you say, “And then what?” you can follow it up with…

All you’re doing is allowing yourself to be in a van down by the river, and be enough, for ten minutes.

You can’t be in your fight or flight and laugh at the same time. 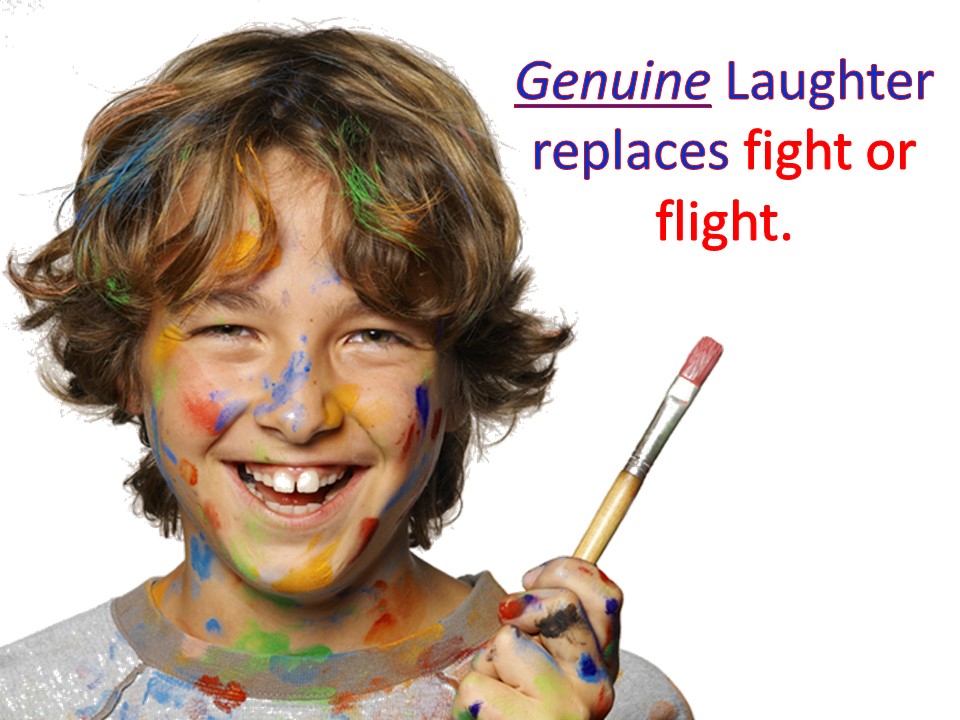 What do you do when your “fight or flight” is trying to be triggered and you want to stay in your higher brain?

Imagine you are giving a presentation, and you forgot all of your notes…

Here’s your opportunity to show attraction by not giving in to the fight or flight response and start to take control with your higher brain.

If you back down, then your emotional brain wins and shows you did something wrong.

One of the best ways to handle this is to be CURIOUS. 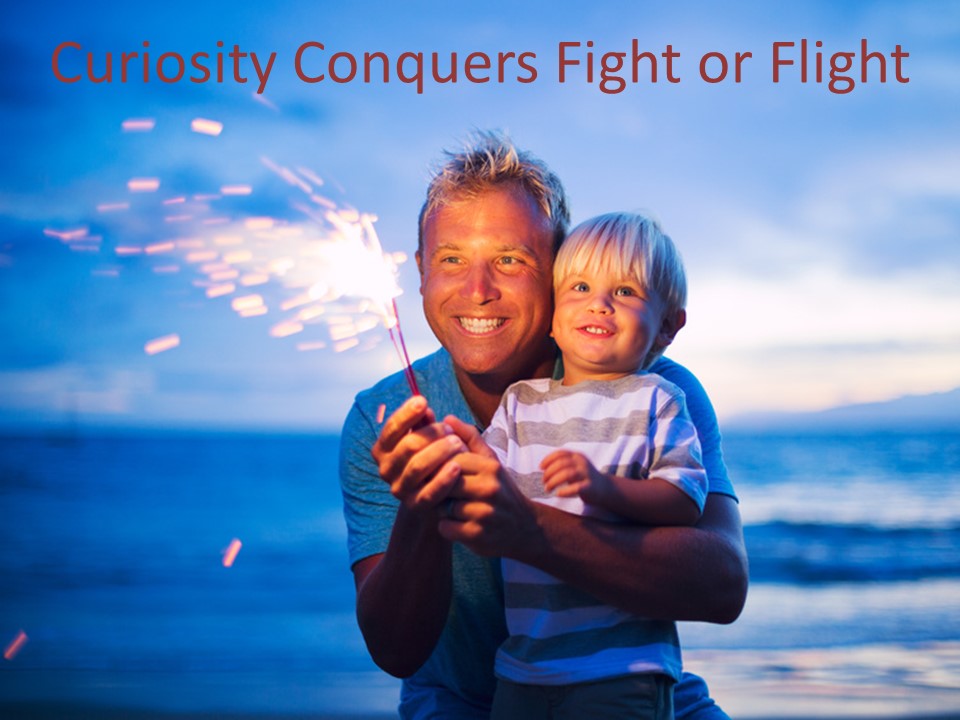 Being curious and being in a fight or flight mode are nearly impossible to happen simultaneously.

Remember when said Michael had the words?  He just couldn’t get past the scenario that went down?

Try picturing yourself being a scientist.

You’re hanging out in a separate room looking through a double paned mirror at this situation. 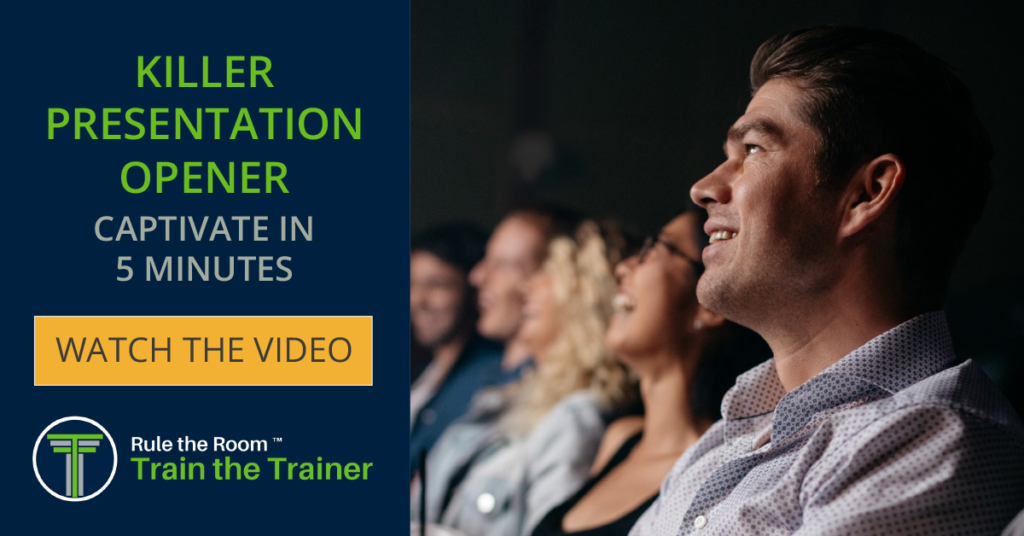 Say this to yourself:

“Wow, look at this situation.  The teleprompter died.

This is interesting.  Even comical.”

If you’re not able to do this right away, “take ten”.

Take a moment to give yourself (and the audience) time to analyze this situation without immediately reacting.

This can help you stay in your higher brain.

For example, pick up a glass of water and take a drink.

This signals to yourself, and the audience, that you’re going to stop and be curious for a second.

Then, say to yourself: “That’s interesting.”

Finally, you can say a calm response reiterating what you already said so that the audience knows you aren’t backing down and really meant what you said…

“Just to let you know, the teleprompter isn’t working.  It’s ok.  This will give me an opportunity to share with you what’s on my mind [or in my heart] and be genuine with you.”

Let me leave you with this…

The most attractive version of yourself is….

It’s even more attractive than the teleprompter.