If you are answering every question you get during your presentations or classes, you may want to rethink that. I used to answer them all too until I discovered what this does to the REST OF THE AUDIENCE OR CLASSROOM. If you’ve never heard of this concept before, you don’t want to miss this blog post.

I’ve had numerous discussions with various trainers about this very topic.

Here is one conversation, in particular, a trainer found so valuable I thought I would share it with you. 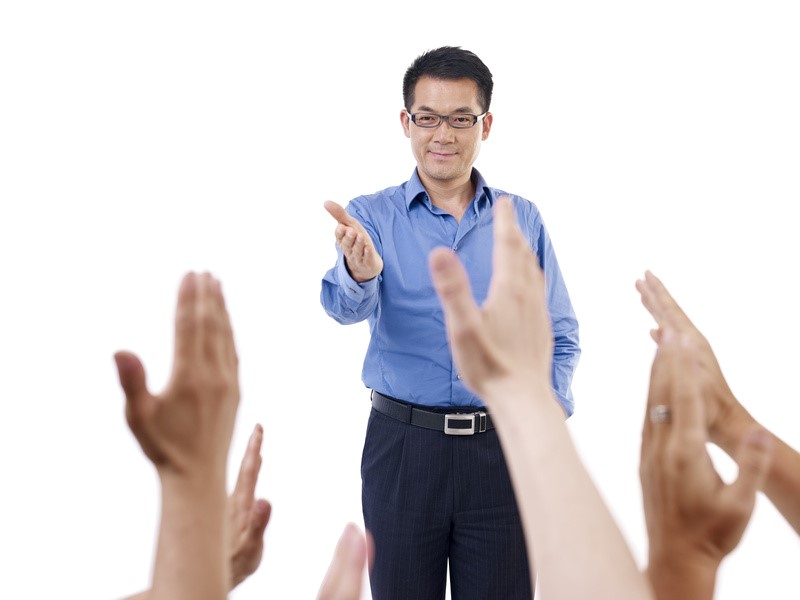 He said to me…

“Jason, I heard you tell people not to answer every question that gets asked during class. Why? To me, answering all of the questions proves you are an expert and makes you look better in front of your audience. Plus, the class will get their needs met. I mean, if they ask the question, it means they want the answer right?” (I nodded.)

He went on to say…

“How can you NOT give them the answer they want? It’s possible that person has traveled 3000 miles just to ask you that one question. That person might even feel like they won’t be able to do their job if they don’t get the answer. Are you really saying you would just not answer them?”

So, how do you think I responded? 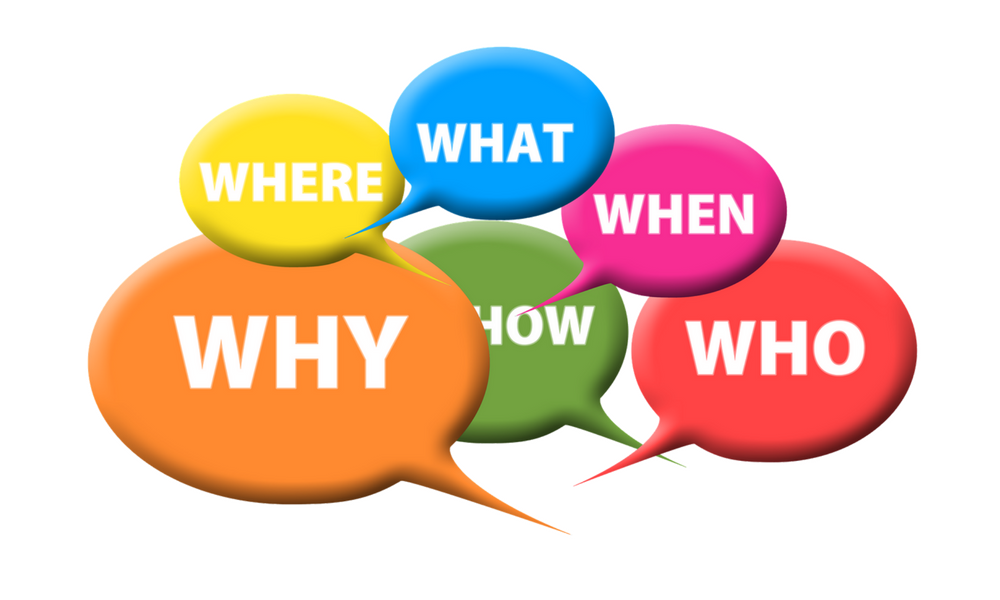 Do you think I told this trainer I wouldn’t answer the student? If so, what effect would that have on the student? How would that look to the class? I decided to answer with a story:

“Consider the following: A waiter in a fancy 5-star restaurant had a table of 12 people to wait on. At this table was a group that had not eaten the whole day because they had been on a long city tour. This was their first chance since breakfast to sit down and eat. To make matters worse, the restaurant was unusually busy that evening and the waiter was challenged just to find enough time to take orders from each of his tables.

As he was taking their orders one of his 12 guests, a little girl named Sophie, left her seat at the table, quietly walked up to the waiter and said, ‘Mr. Waiter? I need to go to the bathroom…would you take me?’

The waiter was overcome with sympathy for the little girl. He wanted to help her and meet her needs so he stopped taking orders for the table and personally took the little girl to the bathroom.

It turns out getting to the bathroom led the two of them on a long complicated maze through the restaurant. They went upstairs, through a hallway, across a separate dining area, and then back down a half flight of stairs to get to the bathroom.

Meanwhile, the table was getting restless. They were famished, starting to get upset because they still hadn’t had their order taken, and now they were waiting for the waiter to deal with Sophie.

When the waiter got Sophie to the bathroom he realized that she wouldn’t be able to find her way back to the table alone. So, he waited for her, and FIVE MINUTES LATER they finally returned.

He had not expected it to take this long, and when he returned he still had a whole table of guests to tend to. He quickly rushed the little girl back to her seat (a smile on her face) and she sat down. Then, he looked at the table of angry, resentful, hungry guests and said, ‘OK, where were we?’

After I finished this story, we discussed how this could happen in the classroom when answering a question. 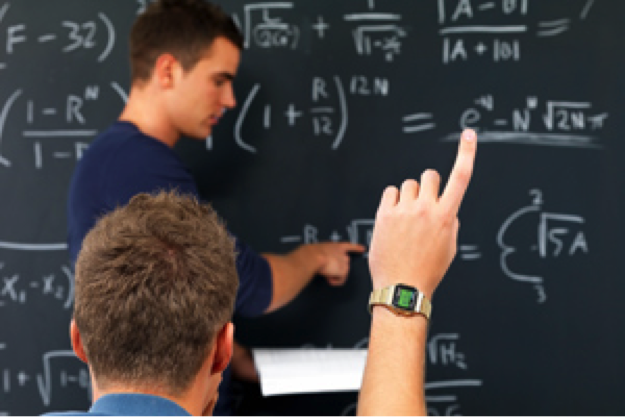 I asked the trainer…

“What if you have a 32 person class and the person asking the question is the only one that needs and wants to know the answer? Is it fair to the 31 other people? Are there times when answering a question to meet the needs of ONE individual, can sacrifice the needs of the rest of the class?”

“Possibly,” he answered. I continued, “If you spend 1, 2 or even 3 minutes answering a question that only ONE person (just like Sophie) wants to know, then the rest of the class is NOT GETTING TAUGHT THE VERY THINGS THEY CAME FOR. THAT is not meeting needs.” 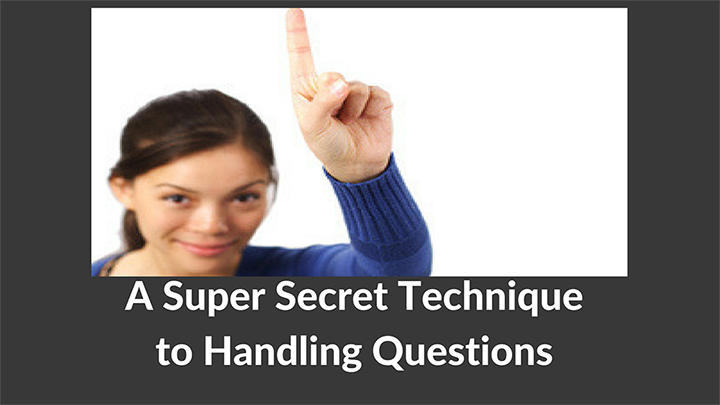 He looked at me with the most sensitive and caring expression I’d seen up to that point. I could see how important it was for him to meet needs in his classroom, and his students probably loved him for that, but he was often burned out at the end of the day because of it.

Answering questions is a major part of any training program.  The last thing you want is to get caught off guard or worst…not be able to give your students what they need.  If you’re looking for the ability to answer any question “when you see fit” then consider our ANSWER QUESTIONS LIKE A PRO program! 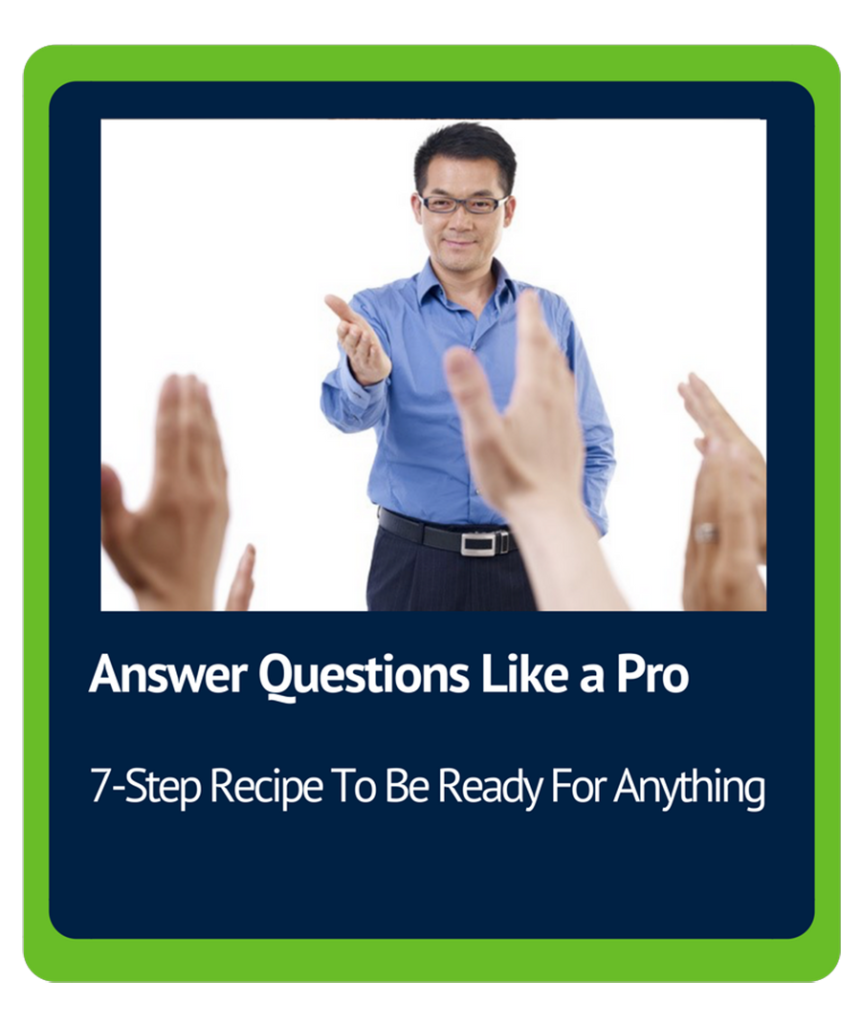